Our conversation with Najam Haider

Najam Haider (Professor of Religion) spoke to Joscelyn Jurich about active pedagogy, the limitations and potential of online teaching and learning, dialectical notebooks and zine-making. This interview is part of the CEP's Materiality and Embodiment Series, for which we spoke to various members of the Barnard community about materiality and embodiment in the digital space. 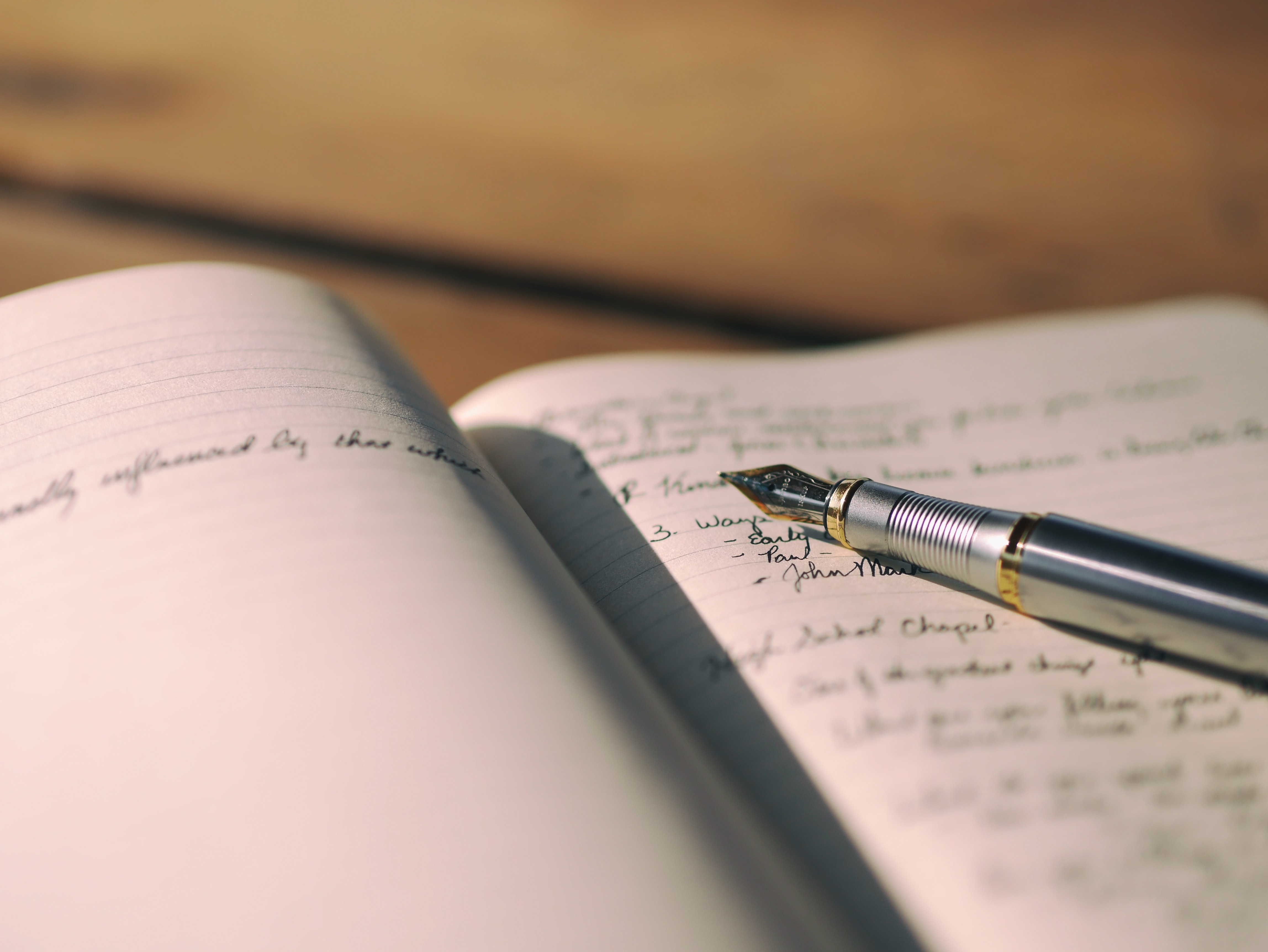 I generally teach Islam in the department. I’m a textual scholar, so most of my classes tend to be very textual beginning from the modern period, but a lot is Islamic Law. The classes themselves shape the type of interactions that we have. The Islamic law class I teach is mostly about debates, and debates can be replicated online very easily. That structure worked really, really well when I taught in the fall. I was able to bring in lots of different material, and I've taught that class for over a decade.

I've been struggling with the idea of adding an element in the classes that felt more concrete online. My colleagues, Gail Kenny and Elizabeth Castell, both use dialectical notebooks. Usually I use response papers, which are either done through a blog, or they're done through Courseworks. But I thought that that almost began to feel too removed. Even before the shift to online teaching, I had already begun to feel like there's something missing in that kind of interaction, but at least that could be made up by the fact that we were sitting in a classroom. I use the Socratic method, and there's a type of physicality to the body to the type of interaction you get that is now completely lost. And so then I tried to figure out what I would really do with that, because I kept using the same sort of techniques when we shifted to online last spring. What I really appreciated, the more I thought about it, was to have a way for [the students] to interact that felt more physical and material.

With a dialectical notebook, every student gets a physical notebook. This works well in a class that has a wide span of possible readings - not just academic theory, for example - but a more diverse range of sources that students are looking at. You take a passage, a paragraph, or two or three sentences in the reading that particularly struck you, and you copy them onto the notebook. You physically write them down, and then underneath that, you produce a paragraph on your reaction to this writing: What was it that struck you in this passage? Why have you selected it? So bring that to class. And at the beginning of class you're paired with someone else, a different someone every class, and you exchange notebooks. You see what they've written, and then you respond to their observation of that quote. So everybody initially produces a little quote, and then a statement about why they find it interesting. And then below that, you get a response from a student, which can be a paragraph. What you end up with is a conversation.

In the first year seminar class I taught in the spring, we read everything from 1001 Arabian Nights to Into Thin Air, the memoir about climbing Everest, to Octavia Butler's Kindred. I mean, we watched Spirited Away. In it, we’ve looked at the different ways that transformation is understood, or how movement, whether it's internal or external, is conceived. In a class where you're reading everything from Malcolm X to Dostoyevsky, finding that little passage that strikes you as a student becomes very important. We're also reading The Year of Magical Thinking by Joan Didion.  You can imagine that students have suffered loss, and they're going to  find that little quote. Instead of me trying to guide them towards a very particular end which I don't even have, I want them to engage this material and say, “Oh, that struck me, that resonated with me.” So I think a dialectical notebook works really well in that situation, because they can build out from the quote, or the little passage or the line that really strikes them.

The zine, on the other hand, I'm going to be using in my Islam and Pop Culture course. Every week, students will write a review of a TV show, film, comic book, or whatever it might be. In that situation, I think a more creative, graphic presentation of material may work a lot better.

In one of my other classes, [students] produce a zine right at the end of the semester. I did that for the first time last spring, and they did some incredible work, and then they sent me [digital and physical] copies. They're really beautifully produced documents. We were in New Hampshire at the time; to get them in the mail was great. The students that we have tend to be much more comfortable with that kind of material production, and being able to manipulate different types of media and bring them together in a concrete form, much more than I am comfortable doing that. I have no artistic talent! And if I were taking part, my wife, who is an artist, would let me know how bad I am at it.

At least when it's real life classes, you're sitting next to people, you know, you'll have a conversation before class, you have a conversation after class, you might run into someone as you're walking out of the room, you get none of those things here. So [dialectical conversations] are a way of building a degree of interpersonal-ness into the classroom, which is so difficult, and I think students actually missed that in our hybrid classes. What they're hoping for is not just an interaction with the teacher, but also interaction with other students. It's so difficult to get that, and when you lose the entire social dimension of teaching, and I think that's one of the real deficiencies in online teaching.

When you’re reading long texts, when you assign 150 pages and select passages for students to read closely, we self select for things that we find interesting. But what can be really surprising is asking students what they find interesting, and then letting them build that way, which gives them a greater degree of agency in the analysis that they do. Because I can say, “Well, this passage is amazing and this is why,” and then it will all sort of gravitate towards what I've said, because I'm the authority figure in the classroom. But it's so much more interesting for someone to just grab onto something that you didn't even think was that relevant. As a teacher, you learn from that as well. I expect that the students will find passages that I haven't even considered, and find meaning and analysis within them that is far more interesting to read, as opposed to a prompt that I put up there that they all respond to in a rote kind of way trying to do what I want them to say.

I think movement and embodiment are related to each other in a very distinct way. One of the themes in the class is how bodies might stay the same, but conceptions of self might change in radical ways. We start in that class with basic travel, people going from one place to another, but by the time we get to the loss of faith that you find in Dostoyevsky's Brothers Karamazov, and compare that with Paul's conversion on the road, or Malcolm X’s change through time, then you get to a very different place where the movement that we're talking about is more internalized than it is externalized.The last thing that we read is Octavia Butler's Kindred, which is very much about bodies and the usage of bodies. Her movement over time, through time, within bodies that are connected to each other in complicated ways... I mean, it's a really incredible book. It brings together multiple levels of movement and embodiment that I would hope that the students will be able to see.

It’s different teaching online. I don’t lecture, I never lecture; we do the Socratic method, and we do sort of more conversational classes. And I found that it's much more difficult to do over Zoom. I can still do it, but it's more difficult. I've integrated a lot more video and media into the classes. But what I've lost in that, I think is just the energy that you get from students interacting with each other, conversing with each other, debating each other, or debating you or you know, having that type of dynamic interaction. And I feel like there's a way to maintain some of it, I think breakout rooms are useful in that way because students are able to talk to each other. The more ways that we can build into our classes the opportunity for students to deal with each other, even in virtual settings, I think the more students will really appreciate that.

One of the things I try to do is be as responsive to different ways of working and learning that students have. Some students incline towards the creative, creativity or materiality, but others are just like, you know, “I'm a critical thinker, and I'm about texts, I'm about breaking it down, and I'm about applying theory.” So whatever it is that you feel comfortable doing:  I try to give [students] as many avenues as I can for engaging the material that they have. So for me personally, I mean, I'm using dialectical notebooks for the first time because I'm teaching a class which I think is perfectly attuned to that type of pedagogy. With each class, I try to ask myself, “What can I do that would both be interesting to me, but which aligns with the broader intent and goal of the class?”